An 'ancient' garden plant with many varieties, originating in Southern Europe and Asia. In Germany known as “Jelängerjelieber,” it can be found growing wild. Of all honeysuckles, this one probably has the strongest and most delightful fragrance, which is especially intense in the evenings. Flowering period May / June (July) with possibly another flush of flowers in autumn. The hybrid 'Major' was a yellow-red and slightly later flowering cultivar, 'Anna Fletcher' flowers yellowish-white and longer, until July. However, due to the short flowering time and its susceptibility to mildew, this honeysuckle is no longer available in nurseries and remains a variety for enthusiasts and collectors. It can be interesting for airy arbours and pergolas, but for walls FassadenGrün doesn't recommend it due to its tendency to mildew. 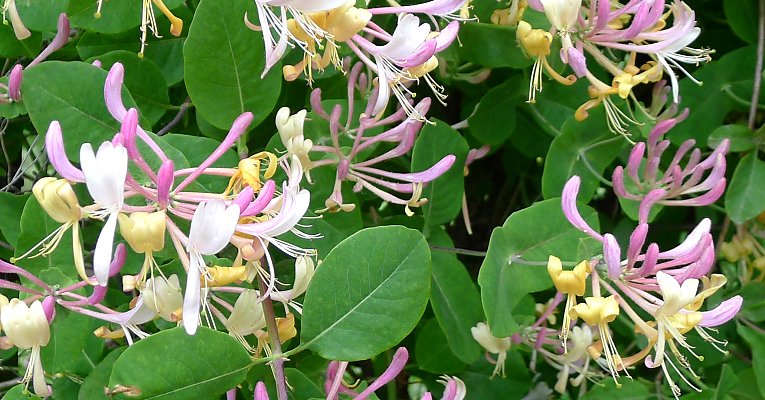