Downy mildew is just as devastating for vines as the powdery mildew, but rarely occurs on house-wall vines because the plants dry faster than vines that are exposed or near the ground in the splash zone. The fungal disease comes from North America, and European vines have almost no resistance to it. Downy mildew develops on the underside of the leaves, is invisible at first, and shows later at the top as small "oil stains." White spore patches rapidly form on the underside of the leaves, and after a short time the leaf dries out and dies, which weakens the vine. Infested berries first turn reddish brown, then dry from the inside out like small, mummified leather bags-- hence the name- "leather berries." In viticulture, the disease is controlled with heavy metals (copper). In private gardens, infested leaves are best removed quickly to alleviate the risk/rate of infestation. 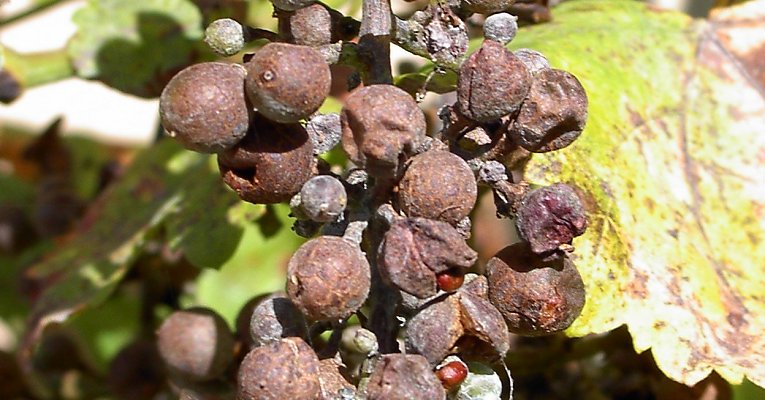 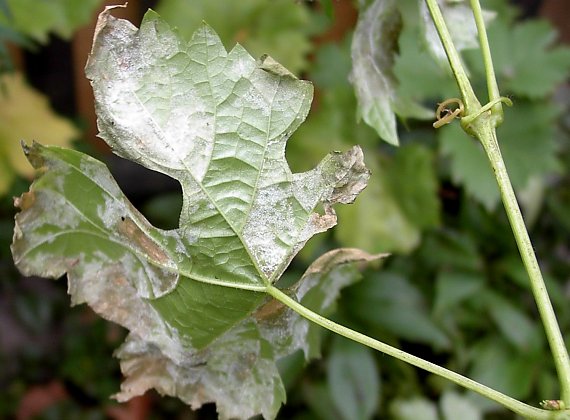