This wintercreeper ~ basically, the wild form ~ develops relatively large, medium to dark green leaves, which may turn reddish in winter. The inter-nodal distance (space between leaf pairs) is greater than with other varieties. This type is very robust, copes well with urban climates, and grows faster and higher than other cultivars, though its growth is still weaker and slower than ivy's. Foliage is somewhat looser than with the “dark wintercreeper,” especially during winter. We've included this variety in the FassadenGrün assortment for its better growth vigour and recommend it especially as a protection against graffiti. Refer to the winter creeper general information for guidance on location / aspect, pruning, suitable trellis cable systems, etc.. 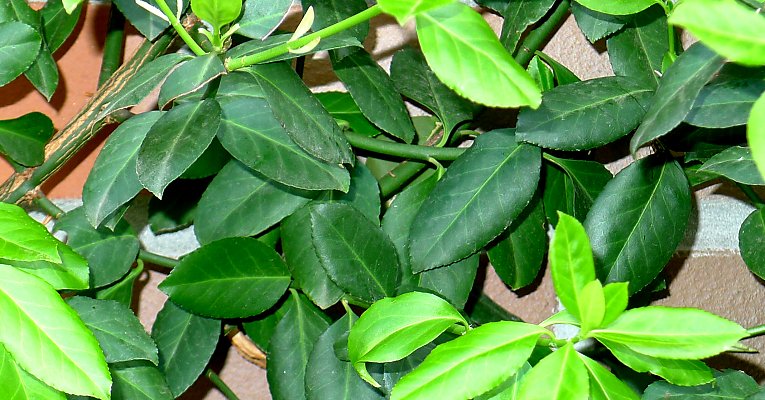 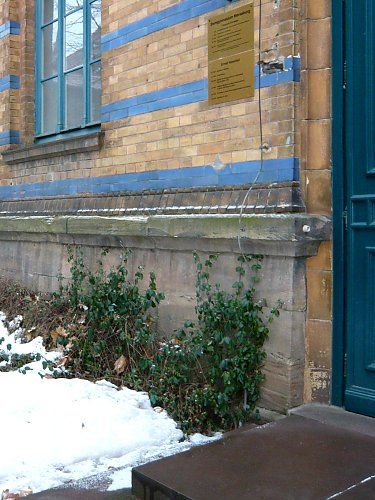 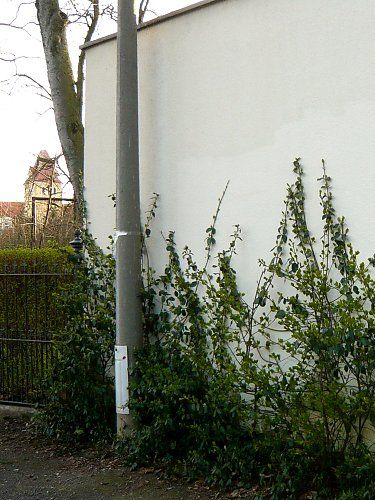 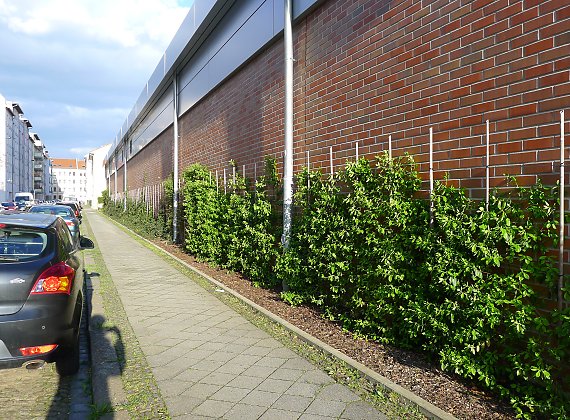