When you are planning a wall greening, you may sometimes feel that you are standing alone in the neighborhood. Where are the other green houses?, you may wonder... Where are all these green facades which are featured in the photos on this website? Which climbing plants can flourish in my region? And, in which parts of the world is facade greening prolific? You can find answers here, in this last section of Ideas... we'll discuss greening styles, as well as types and sizes of green facades. 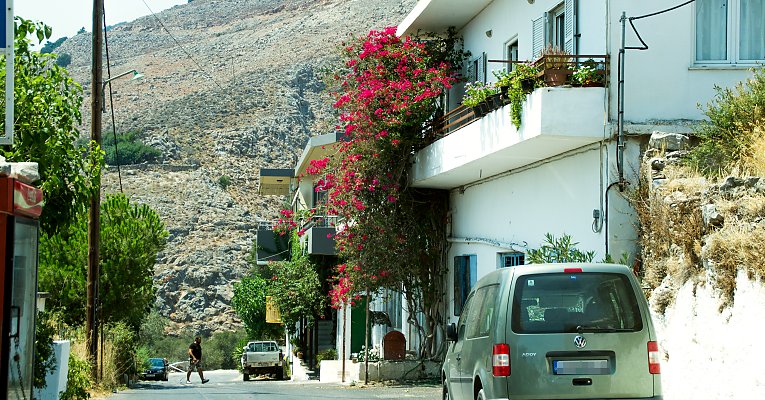 Facade greening is especially widespread in Europe, primarily in areas with a moderate climate, i.e., medium warm summers and mild winters. The tradition in Europe is centuries old, especially through the Christian wine culture. In the German wine-growing regions, for example, there is a special microclimate that offers optimal locations for facade greening. In areas that are very cold, the choice of plants is limited by the hard frost, which makes a permanent green facade difficult. Naturally, in warmer regions, one can choose from a greater variety of plants, but many species cannot survive pinned to hot walls! The trend there is to move away from the walls and create shade-forming canopies, pergolas, etc.. with climbing plants. The result is less heat stress for the plants.

Mapping the main regions of facade greening worldwide sounds like a research project waiting to happen...

Green facades are very common in central and southern Great Britain, which may be "the" land of facade greening with its beautiful greened castles, country estates, and farmhouses. The mild and balanced climate (Gulf Stream) plays a large role here. The European core countries of France, Germany, Austria, and Switzerland- as well as the Benelux countries (Belgium, Netherlands, Luxemburg), and the southern East European states up to the Ukraine follow after. The climate is often just too harsh (cold) in East European countries like Poland and Russia... whereas in Southern Europe, the houses and building walls tend to get too hot.

But the climatic zone alone isn't the deciding factor; the mentality of the people also plays a role. In optimally located but business-like big cities, you may be able to travel kilometers and not see a green facade or flowers anywhere; the same goes for "well kept" but boring suburban developments. Then there are smaller cities which depend on tourism and embellish their historic buildings-- many houses or entire streets are greened there. The so-called "rose cities" are an example. Sometimes one has to simply be the first to start, and the neighbors will soon follow suit...

Here, as well as in the main sections "Ideas" and "Climbing Plants," you can find photos from Saxony, Saxony-Anhalt, and Thuringia (Germany). There are many views from the Saxon Elbe valley around Dresden, Radebeul, Meißen, and Bad Langensalza or from the region Naumburg and Freyburg/Unstrut... but also from the cities: Weimar, Halle/Saale, Leipzig, Grimma, Sangerhausen, Potsdam, Berlin, and Cottbus. The motifs usually come from the public street spaces. In the case of historically significant buildings, the location is sometimes noted, or only visible when you move your mouse over the photo.

In our section on "wire rope systems," you will find mainly photos that customers have given us over the years to use anonymously.

Building greening can also be found in the European mountainous areas-- north of the Alps up to about 600 m altitude and south to 1,000 m and above. At higher altitudes, winter frost and wind can cause problems.

Temperate climates suitable for facade greening also exist on other continents, particularly in North America. But here, trellised facade-greening is a much less developed phenomenon... perhaps because the population is less sedentary and rooted, and private dwellings are rarely built of stone. China and other parts of Asia are also climatically suitable. 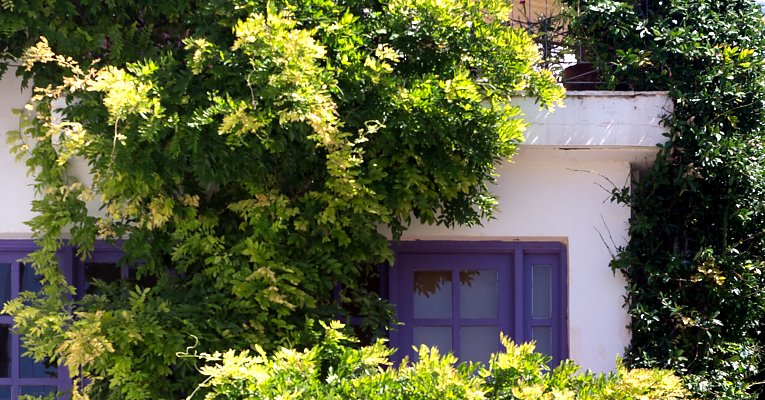