Plants as climate saviors? Yes! Greening our roofs and facades actively protects the environment, on a large and small scale. Climbing plants bind CO2 and particulate matter, increase air moisture, and contribute to lowering temperatures during hot summers. Cooler air means less air movement, means less whirled up dust and dirt ~ in short, greater conditions for life to flourish! Climbing plants have a significant impact on the microclimate, especially if the facade is fully greened. 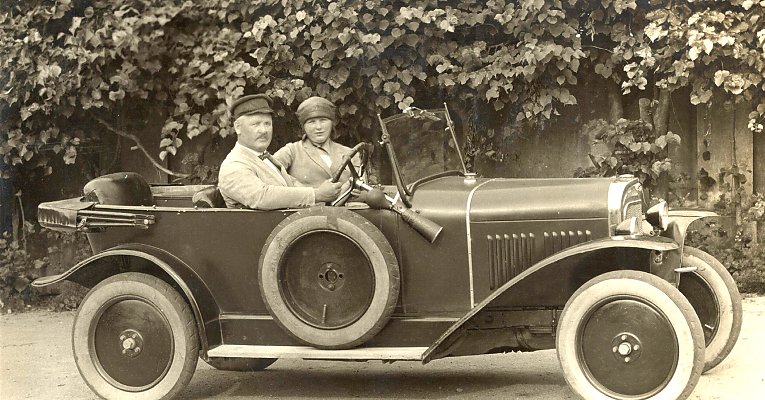 Old car and an apricot espalier

Climbing plants bind CO2 (assimilate carbon) and form carbohydrates (leaf fibers and wood pulp = sugar). Ultimately, however, the amount is quite minimal (seen in autumn leaves, the increase in stem/trunk thickness, and possibly the fruit). Only the dry mass is measured in kilograms; that means that per house wall, per year, about 1-2 car tank fillings worth of CO2 will have been absorbed by the plants from the air.

A chemical effect of the decomposition of CO2 and the assimilation of carbon (C) is the release of oxygen (O2), which spreads into the ambient air via the stomata on the undersides of the leaves.

When the sun's rays reach the dark green leaves, they are partially converted into heat. But the chemical process of CO2 fixation requires consistent and relatively low temperatures. For that the heat must somehow be dissipated. Water then constantly evaporates from the leaves to keep the temperature stable, which helps humidify the air. The water collected by the roots, in turn, helps to dry the walls and foundations.

Green facades will absorb unwanted heat in the summer and help regulate the temperature of the air and the facade, contributing to air and wall cooling. How? 1) the previously described evaporation process consumes the (heat-) energy; 2) through the chemical processes of carbon fixation. The heat created during combustion of carbon to carbon dioxide is needed more or less again when captured and consumed, if the carbon is again involved in photosynthesis... So, the surrounding air cools and 'sinks,' (this is the fresh cool air you feel in a forest). Essentially: warm air is slowed down, which reduces the movement of air at ground level, and by extension the movement of dust and exhaust gases. There will be less dust whirled up, which will then limit smog formation. This phenomenon has become the subject of scientific study.

Leaves in the garden facade also absorb dust, especially toxic particulate matter. Once 'captured,' these extremely small nano-particles are much less dangerous and are then washed away with the next rain or composted during autumnal leaf-fall. 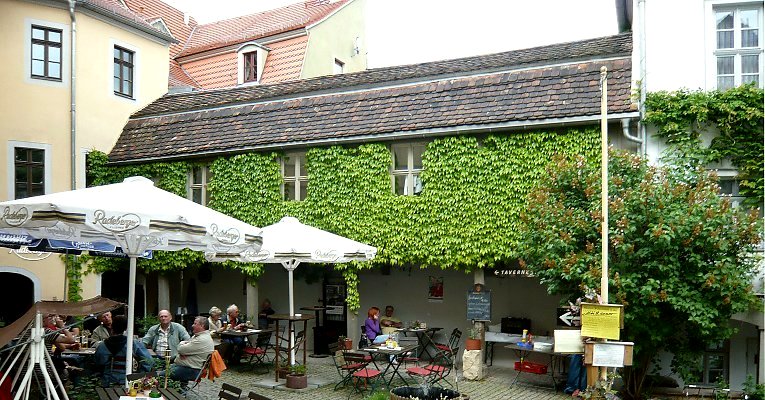 Virginia creeper on the courtyard wall of a cathedral, Naumburg / Germany
You are here:  Home > Ideas > Why Green Facades? > Climate Protection