Building damage caused by ivy and other climbing plants is a less than fun topic, though a necessary one to address. Here you'll find out which problems can occur with facade greenings and how they can be prevented. The risk each plant poses depends on its growth strategy. Below are the three main troublemakers or 'damage groups' (DG):

DG 01 - Self-clinging climbers: These plants attach to virtually any surface via aerial rootlets/shoots (some with additional adhesive pads). They are: ivy, climbing hydrangea, some trumpet vines, Boston ivy and Virginia creeper. Remnants of these aerial rootlets and adhesive pads can be a dickens to remove- at best unsightly and at worst leading to building damage.

DG 03 - Twiners or lianas: Those twiners with the most vigorous growth habit (wisteria, silver lace vine, bittersweet) quickly become very thick; their stems can wrap around support cables or other objects and eventually strangle or force structures apart by growing through or behind them. With wire rope trellis systems, they are known to pull mounts from the wall. 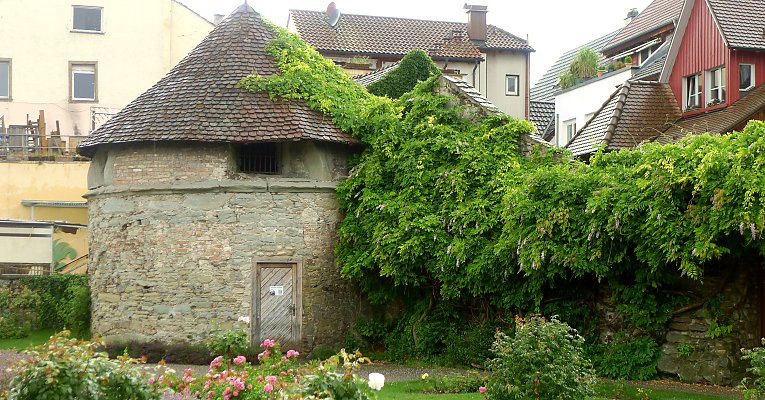 Image 01: Remaining adhesive pads after removal of plant shoots (DG 01). If the wall is sound (surface intact), the adhesive organs remain stuck to the wall; otherwise, they can peel the plaster off. The remains may need to be burned off (with a blow torch) before repainting. The only sure way to avoid plant residues/markings on the wall is to steer clear of self-climbers.

Image 02: A similar situation-- here the ivy was cut back and, in the process of removing the branches, some adhesive rootlets remained stuck to the wall (DG 01).

Image 03: With walls in poor condition or painted with emulsion/dispersion paint, the coating or plaster may peel or break off (DG 01).

Image 04: Two ivy shoots are getting into the gaps of a wall-cladding (DG 02). The lower shoot has already loosened a slat in the cladding, indicated by the dark gap. The shoots of negatively phototropic plants can also grow into blinds, shutters, and air vents. When the shoots of the plants become thicker, they can force apart loose or weak parts of a building. We recommend not using these plants on walls with questionable integrity.

Image 05: This very mobile, long wisteria shoot has managed to climb into a dark crevice in the wall-cladding of a winter garden, into which it will grow and most likely force the board off (DG 02). Climbing plants will have to be installed in such a way as to leave ample space between the trellis system (plant) and any wall areas at risk (any openings you want to protect). A distance of 0.5 - 1m is usually sufficient; for vigorous twiners, allow 2m where possible.

Image 06: A Virginia creeper explores the interstices of this wooden roof eave (gutter). It will probably grow into the gaps, grow aerial rootlets in-between the individual roof sheetings, and eventually emerge on the roof again (DG 02). We've seen, for example, a Virginia creeeper (P. quinquefolia) on an old villa find its way into the crumbly paving slab of a balcony only to emerge from the balcony floor above. It just shows the force with which these plants can push through even the most impressive obstacles. Many types of waterproofing sheets or strips are at risk of being penetrated by vegetation (and losing their sealing-ability); specifically root-proof sheetings are often only specified in the case of roof greening projects.

Image 07: The shoots of this ivy have grown behind slate siding. Several tiles have already been broken (DG 02).

Image 08: The edge of this roof has been damaged by ingrown shoots (DG 02).

Image 09: Wisteria shoots have grown into the open joints on this wall (DG 02); the lower natural stone slab has already been significantly pushed aside, made obvious by the widened gap. As it grows, the slabs may break and fall off.

Image 10: Structural damage to a 'strangulated' downpipe; photo taken after removal of the culprit-- a wisteria shoot that wound its way around the pipe (DG 03).

Very vigorous voluble plants in particular should be avoided, and only used when the trunk is guided parallel to the cable.

Image 11: Plants can even damage their support (trellis) systems. Especially with wire ropes, over-stretching can end up tearing out wall mounts (DG 03). Very vigorous voluble plants should be avoided, and only used when the trunk is guided parallel to the cable (as we describe for wisteria).

Image 12: It is not only the twining (DG 03) habit of vigorous plants that can cause damage to systems (by pulling the cable too taut), but the cable can also become distended by the simple fact that the trunk passing behind the cable becomes too thick. They may force themselves into gaps and grow behind building structures. Without proper care and pruning, huge masses of foliage can develop, which can scrape susceptible walls (WDVS/EWIS) during windy weather. In this case (with the wisteria), the plant grew behind the fastenings of the downpipe, tearing them out of the wall. The connection at the top of the pipe has been torn off.

Image 13: A vigorous growth habit (DG 03) is always accompanied by strong foliage development. Branches and leaves overgrowing the eaves can clog the gutters, which of course translates into roof drainage issues. Here: the wall area to the left is very wet after a rainfall. Most likely, the gutter has been blocked by the foliage of that huge trumpet vine. If the gutters are clogged and/or the inlet filters are covered by leaf mass, the gutters will overflow during a heavy rain, resulting in soaked walls. This can take months to dry out, and is often associated with mould formation on the inner walls. If the moisture input takes place over years (without time for walls to breathe and evaporate), you can reckon with fungal damage ('dry rot' / 'brown rot') on cieling beams.

Image 14/15: Climbing plants have no business being on roofs or wall copings! They can lift off roof tiles and grow through waterproofing membranes (DG 02). In driving rain or snowdrifts, it's a 'water march'-- ('go, water, go!') for the sensitive sealing points -- every homeowner's nightmare. Hence: always strictly separate roof and facade greening!