Facade Greening... How it Began

Since when has facade greening actually existed? Quite probably, since man has been building places to live. Plants have a tendency to want to cover every object! Ivy and other jungle climbers did not spare the huts of our ancestors. It is possible that such natural greenings in ancient times were seen as a disadvantage and something to be controlled or eliminated. 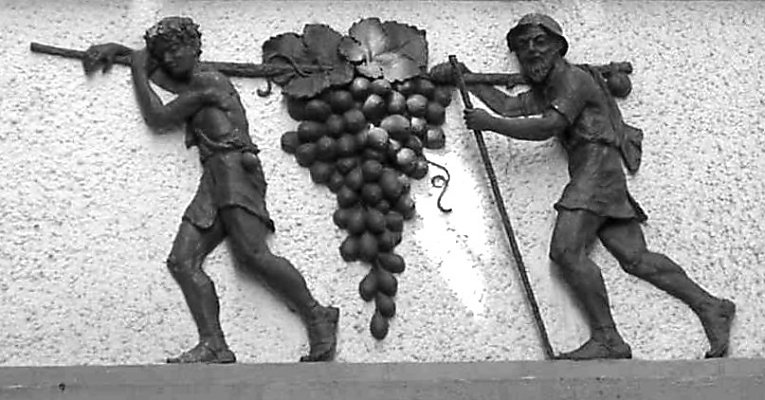 Legend of the giant grapes, decorative relief on a wall in Jena / Thüringen

When Noah left his ark after the flood - as described in the Bible - he discovered the grapevine and with this discovery a new era began. One of those jungle lianas - the vine - found its way into popular culture. And with all probability, it was planted with trellises in those days: images thousands of years old show arbour - wreathed by grapevine leaves - as examples of the earliest facade greenings. Climbing plants were also grown in other cultures (Wisteria in Asia, for example). It was able to develop its splendour especially on bridge railings/parapets.

You are here:  Home > Ideas > Stylistic Periods > The Beginnings